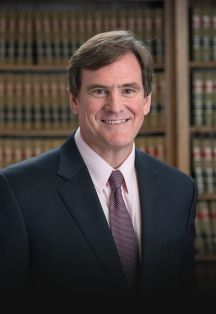 If you are facing serious criminal charges in Massachusetts and the greater New England area, Boston criminal defense attorney Brad Bailey should be your first choice of representation and defense. Having worked for over a decade as highly successful state prosecutor in both NY and MA, and as a federal prosecutor in MA (as well as formerly serving as a County Sheriff), Brad uses his extensive experience and knowledge of law enforcement and criminal prosecutions to provide unparalleled criminal defense for his clients in state and federal courts.

Born and raised in Massachusetts, Brad has been happily married for over 35 years. He is the father of four adult children, and is a grandfather. A college athlete at Harvard himself, Brad was proud to see each of his children attain athletic success at the high school and collegiate levels, and he is well-versed in MIAA rules and regulations, as well as governing codes of discipline of high school and collegiate athletics. Brad is an avid fan of all of Boston’s professional sports teams, and is active in his local community. 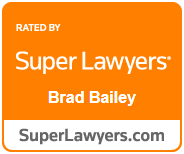 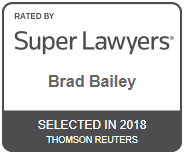 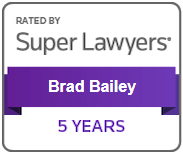 Admitted to practice in Massachusetts, New Hampshire, and New York, in both state and federal courts, Brad has extensive credentials, knowledge, skills, and experience, making him the go-to attorney for those facing serious criminal charges. Brad Bailey's abilities have not gone unnoticed, and he has been once again named as a New England and Massachusetts Super Lawyer for 2017.

Brad has also represented clients in the following jurisdictions on a pro hac vice basis:

Committed to the ideal and practice of equal justice for all, Brad regularly represents indigent clients accused of serious felonies in both state and federal courts through his appointment to the select CJA and CPCS panels.

As a member of the Committee for Public Counsel Services (CPCS) panel, Brad represents indigent defendants charged in MA with Murder.

If you are being charged with criminal accusations that will catch media attention across the country and perhaps across borders, you need to protect your rights with a highly-experienced Boston criminal defense lawyer like Brad Bailey. The pressure of the situation, exaggerated further by the eyes of the world, never cracks Attorney Bailey, and in many ways it motivates him to do even better.

Contact our firm today to learn more about all we can do for you in your high-profile case.

Noteworthy Trials Throughout His Career